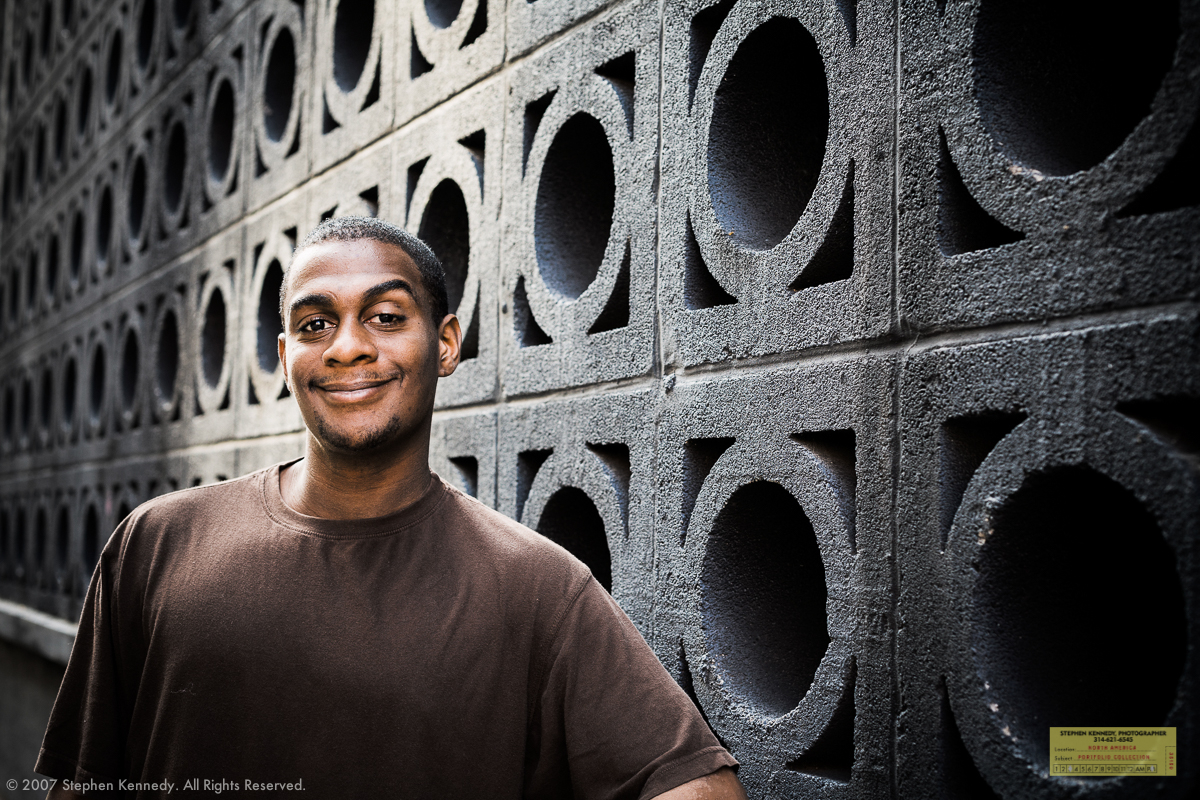 Rowing in the same direction.

That’s a common business jargon sentence that always strikes me as a bit funny. Maybe because I’ve rowed a few boats in my life.

The not so subtle reference is to work together toward the same destination.

Creative collaborations fall into this category too. When I photograph someone, I like to elicit a certain degree of input about things that the subject can have a hand in controlling. This generally covers wardrobe but can also have an impact on the location that is chosen as a starting point.

The portrait above of Bohannon was taken in downtown St. Louis, not far from my old studio at Tucker and Washington. I didn’t select it until Bohannon casually mentioned that he really felt at home in places that “are designed” which to most people would be quite ambiguous.

I immediately understood what he meant and suggested that we start the session where St. Charles Street intersects with 10th Street.

If you know St. Louis, you know that St. Charles Street is more alley than street. You’ll also know that it’s a cornucopia of design and materials diversity.

The synergy of the results based on Bohannon’s input really says it all.