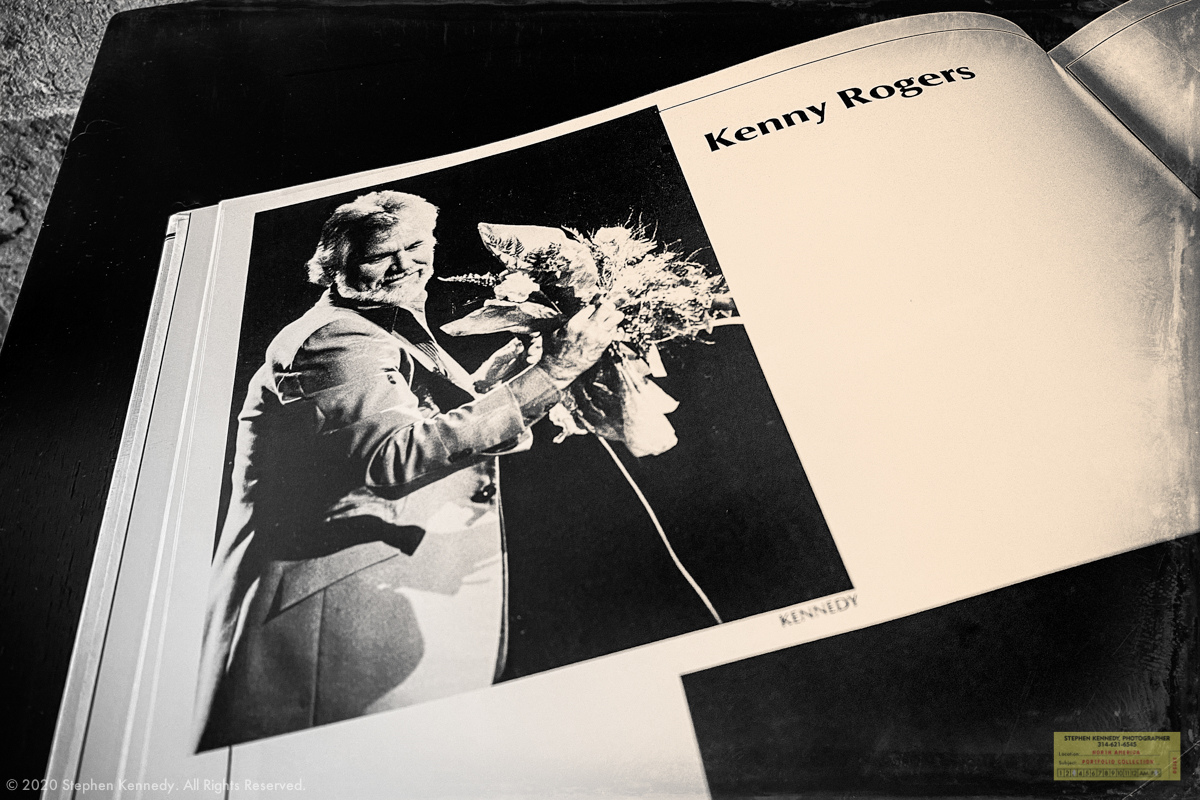 A lot of people might assume that a Catholic high school would skip over sex education. Mine didn’t. We had plenty of learning on the topic, though it focused solely on the prohibitions. There was one exception when we had a guest lecture on the topic of the Rhythm Method by a local lady who was a proponent and self-practitioner. The magnitude of the lesson sunk in when we found out months later that she was blessed with another baby.

In November of ’83, I had already photographed a number of arena-sized rock concerts for the student newspaper. The most memorable being Jackson Browne. The big news at the time was The Police had just announced a show that would take place in a few months. The other photojournalists with more seniority quickly shut me out of any chance for a photo pass to that show.

The photo editor tried to soothe my sore feeling with a consolation prize of photographing the Kenny Rogers arena show. At the time, I felt like the medicine was worse than the ailment.

Not being a fan of Mr. Rogers gave me exactly what a photojournalist should always have which is objectivity.

I arrived early to the show and got my credentials sorted and then took my position in the pit in front of the stage. I chatted with a security guy and double-checked my cameras for the third time.

Then the doors opened. Suddenly the sights, sounds, and smells of the arena changed in an instant. This was not a rock concert crowd. The women, who all seemed impeccably dressed, coiffed and perfumed, outnumbered the men. The guys in attendance were cleaned up nicely too.

What struck me as odd were the bouquets of flowers carried by a lot of the ladies.

Eventually, showtime came around. The lights dimmed, the band wound up and out came Kenny.

Like every other kid of my generation, I had seen the archival black and white footage of teen girls swooning and screaming for Elvis and The Beatles.

It was nothing like the in-person experience of seeing these grown women nearly exploding in place when Kenny started singing. Flower bouquets were flying over my head toward the stage from all angles.

At that moment I learned something that can’t be taught in school.

What a renaissance man he was. Singer, songwriter, musician, actor, and restaurateur. And for me, a teacher.

By the way, very few of the obituaries for Kenny Rogers mentioned that he was an accomplished photographer. This article describes his remarkable life with a camera.

It’s a pity that my photograph that ran in the paper and in this yearbook was subpar. I was so stunned in the moment that this was the best I could do.

Pull up a Chair

Out and Back
Scroll to top