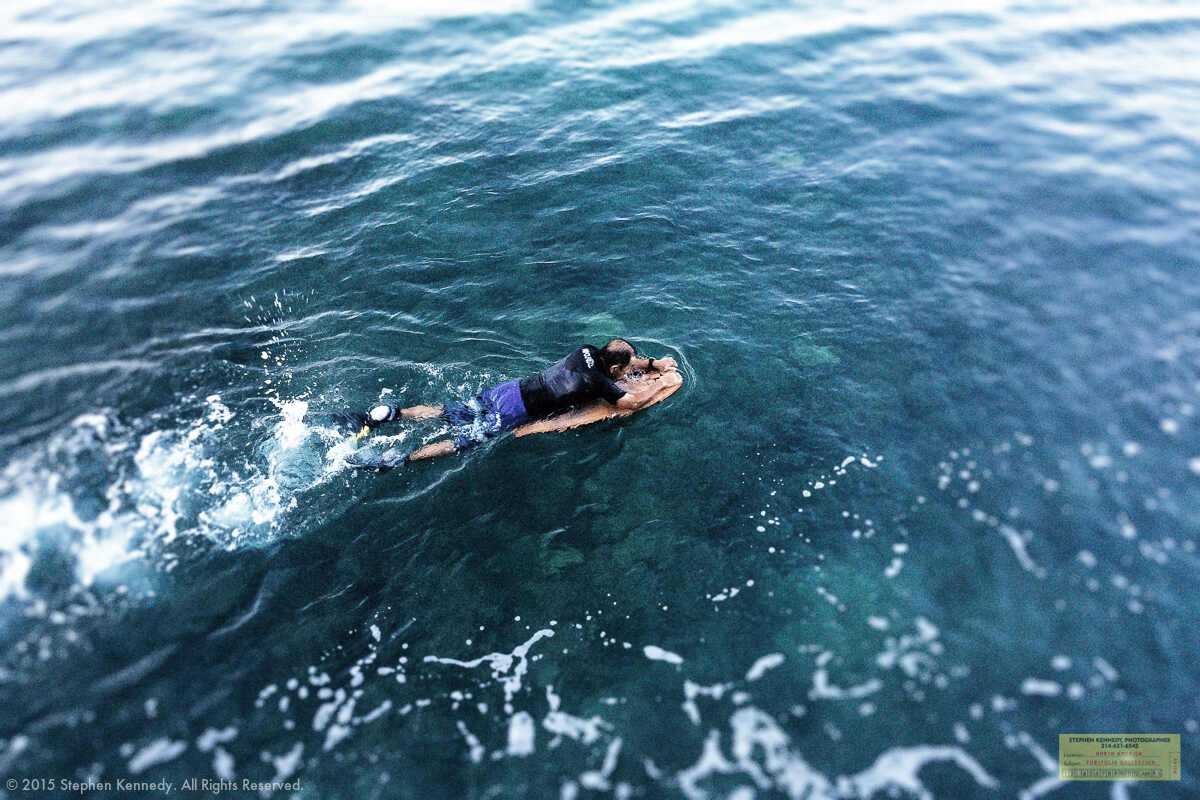 How do you eat an elephant? One bite at a time.

How did you go bankrupt? Two ways. Gradually, then suddenly.”

I’m not a believer in goals. Instead, I embrace systems. Working for daily newspapers taught me that putting something out in the world on a 24-hour cycle is attainable.

Creating a post usually begins with a photograph. Luckily for me, I have hundreds of thousands at my fingertips. From there, I start writing and until there is something coherent on the screen. The photograph of the man paddling out to the waves in Oahu was my visual prompt for today.

It all flowed from there.

I credit Anne Lamott’s book Bird by Bird for planting the seed of this practice more than 25 years ago.

“Thirty years ago my older brother, who was ten years old at the time, was trying to get a report written on birds that he’d had three months to write, which was due the next day. We were out at our family cabin in Bolinas, and he was at the kitchen table close to tears, surrounded by binder paper and pencils and unopened books about birds, immobilized by the hugeness of the task ahead. Then my father sat down beside him put his arm around my brother’s shoulder, and said, “Bird by bird, buddy. Just take it bird by bird.”

Watch the Watchers
Scroll to top