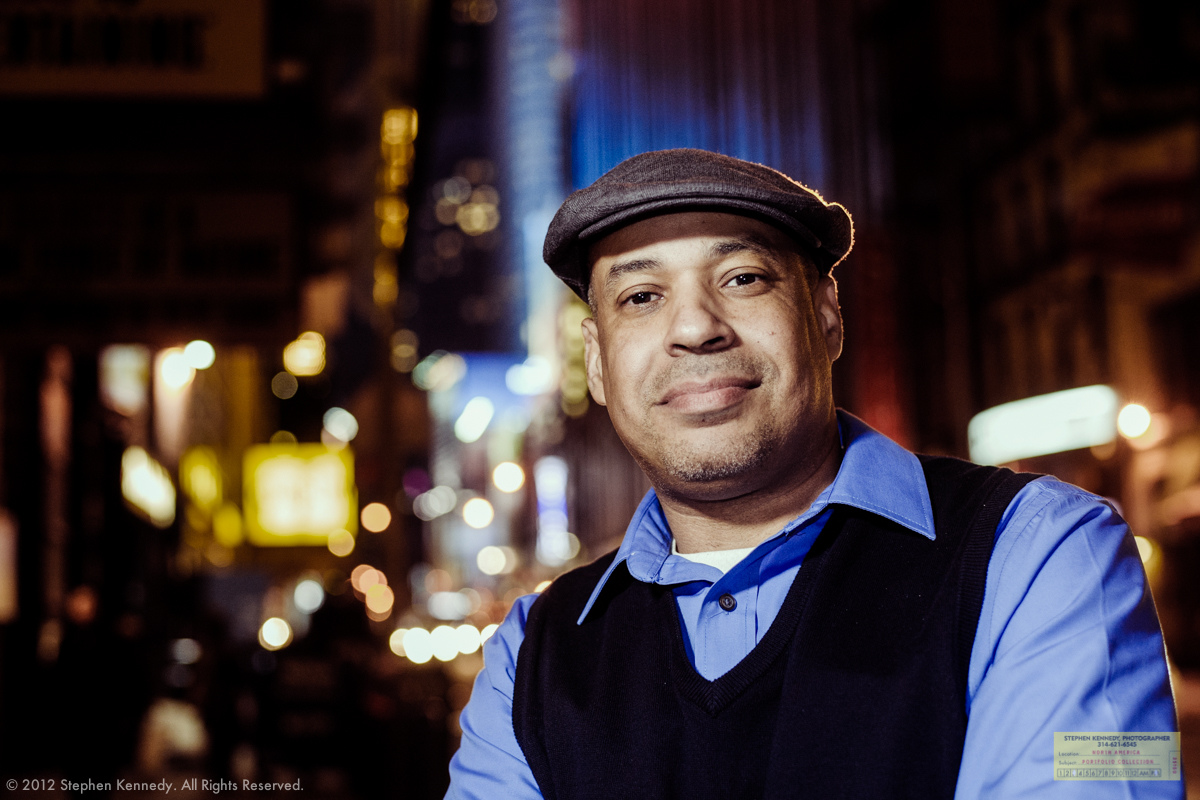 Light is inseparable from photography. To put it bluntly, without light there is no photography.

From a camera in a phone to the most sophisticated digital capture device, light is needed to record an image.

Everyone has a frame of reference for light. It’s called the sun.

Experienced photographers know that in order to make a realistic photograph, the best practice is to have a starting point of a unidirectional light source.

From there, shadows get filled or emphasized and highlights are added or subtracted. All photographers have their own methodology, often with very strange techniques.

This portrait that was taken on 46th Street just west of Times Square had a grab-bag of light sources.

Finally, the streetlights in the distance were allowed to burn-in. With the shallow depth of field, those burned-in lights take on a look of giant urban fireflies.

In an instant, all that noise of light came together for a brief song of illumination. I was lucky to be there to capture it at that moment.

Where’s Your Assistant?
Scroll to top