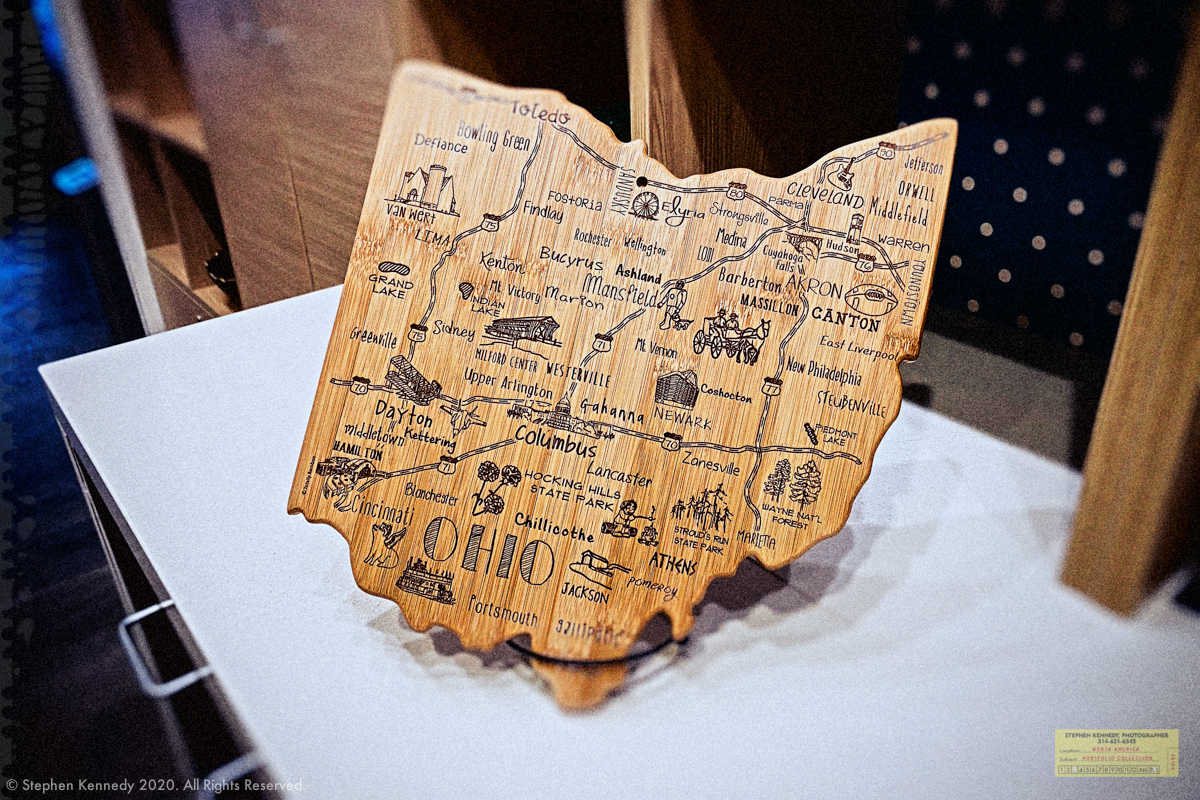 I went back to Ohio

But my city was gone

There was no train station

There was no downtown

That’s what Chrissie Hynde wrote in the early 80s about her home state in The Pretenders’ dismal song “My City Was Gone.”

The first time I heard that song in 1984, I had never been to Ohio. Of course, I had heard about all the bad stuff in the state. From an actual river on fire, the Cuyahoga, to the massacre at Kent State.

Little did I know that Ohio would become an ongoing destination for work. I can’t remember a time in the last 30 years in which I didn’t have at least one gig there every few months.

Now I’m back to visit my daughter who lives and works in this state. She lives in a place that Chrissie would like.

The lobby of my Ohio hotel where I stayed last night had this crafty little plaque on display. As I looked it over, I realized that I’ve been to almost every city listed. The ones I missed are now on my list.

En route, I passed through Gahanna for the first time. If all goes well, I will have had lunch there by the time you’re reading this post.

Then back to Missouri.