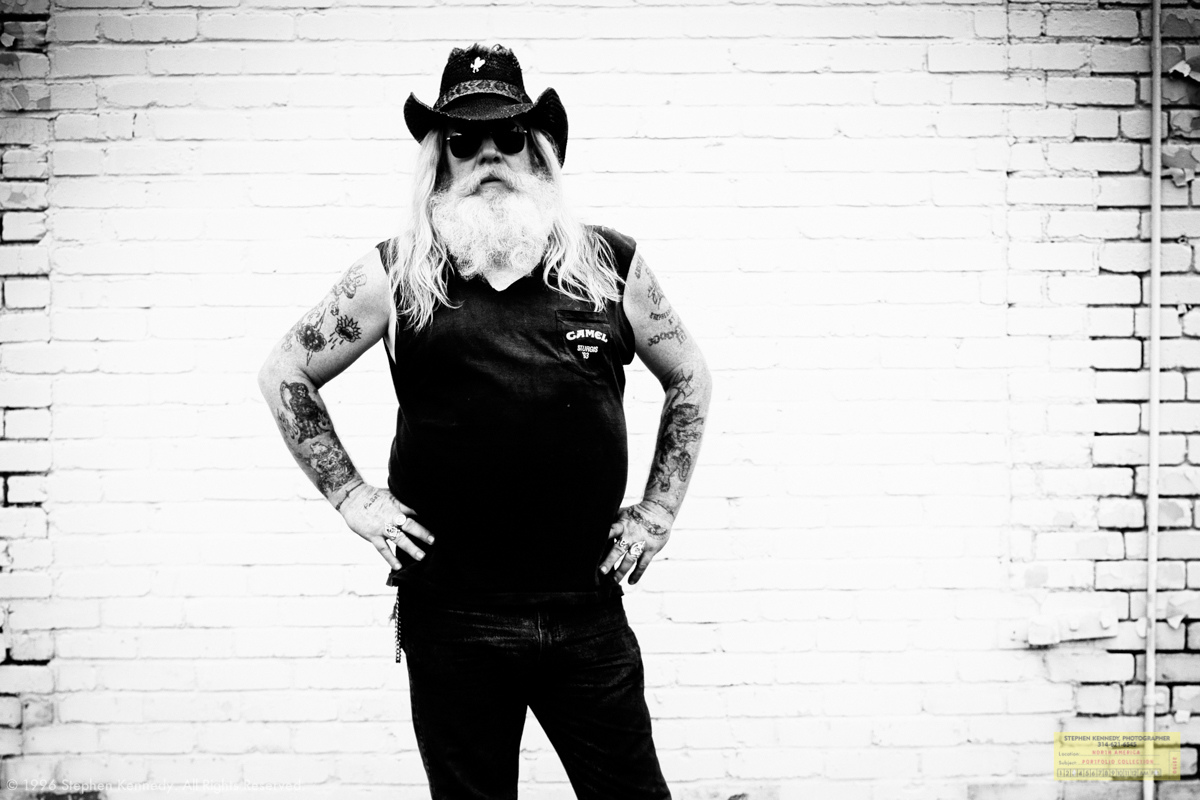 AF is a superlative that’s frequently used by GenZ and Millenials to emphasize an adjective. It comes in acronym form and is used as a suffix.

It seems rather unnecessary to me but that could be said about a lot of things. To me, simply saying “authentic” is just as powerful at “authentic af.”

Then again, the word authentic has changed a lot since I did this portrait session on the outskirts of downtown Louisville in 1996.

An ad agency hired me to illustrate a concept using a man who had an intimidating presence. Rather than hire an actor, prop stylist, set builder, makeup artist, tattoo consultant, and stunt coordinator, I just hired Mr. C and his motorcycle.

This was back in the day when a creative decision could be made by a single art director instead of a committee. The AD agreed with my plan to cast a real guy because he felt that a simulation wouldn’t be believable.

I don’t recall using the word authentic during any phase of the project, but I do remember that Mr. C. was the real deal.

A lot of time has passed since that session. The ad agency is long gone. The AD is now a CD with a remarkable CV.

As for Mr. C, I have no idea where he is or what he’s doing today.

I do remember that he had two grandsons that are probably in their late 20’s or early 30’s today. So if you know a couple of young men named Harley and Pabst with a dominant authenticity gene on display, tell them there’s a great portrait of their granddad in my portfolio.

Speed of Light
Scroll to top