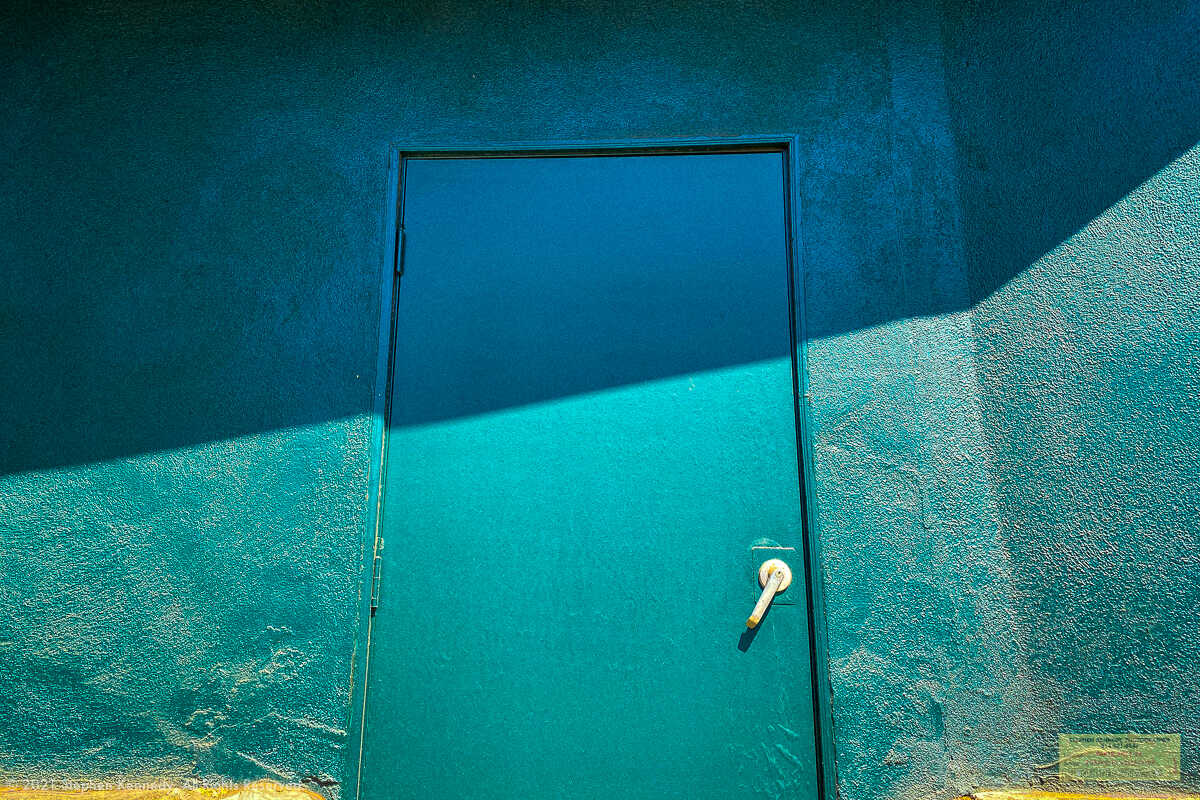 John D. MacDonald is a literary magician. Out of thin air, he created a man named Travis McGee along with a world that revolved around him.

Travis appeared in more than 20 novels as someone guided by a unique sense of honor, without a boss or the shackles of corporate life.

He lived on a boat in Florida and made his living as a “salvage consultant” which entitled him to keep 50% of what he recovered. His work always involved correcting an injustice.

Each one of MacDonald’s McGee novels had a color in the title relating to the story.

When I happened upon this aqua scene on an empty street, I immediately thought of Travis. This windowless aqua building in Burbank, California could easily open the scene for a story in which justice is served.

Enhance It
Scroll to top