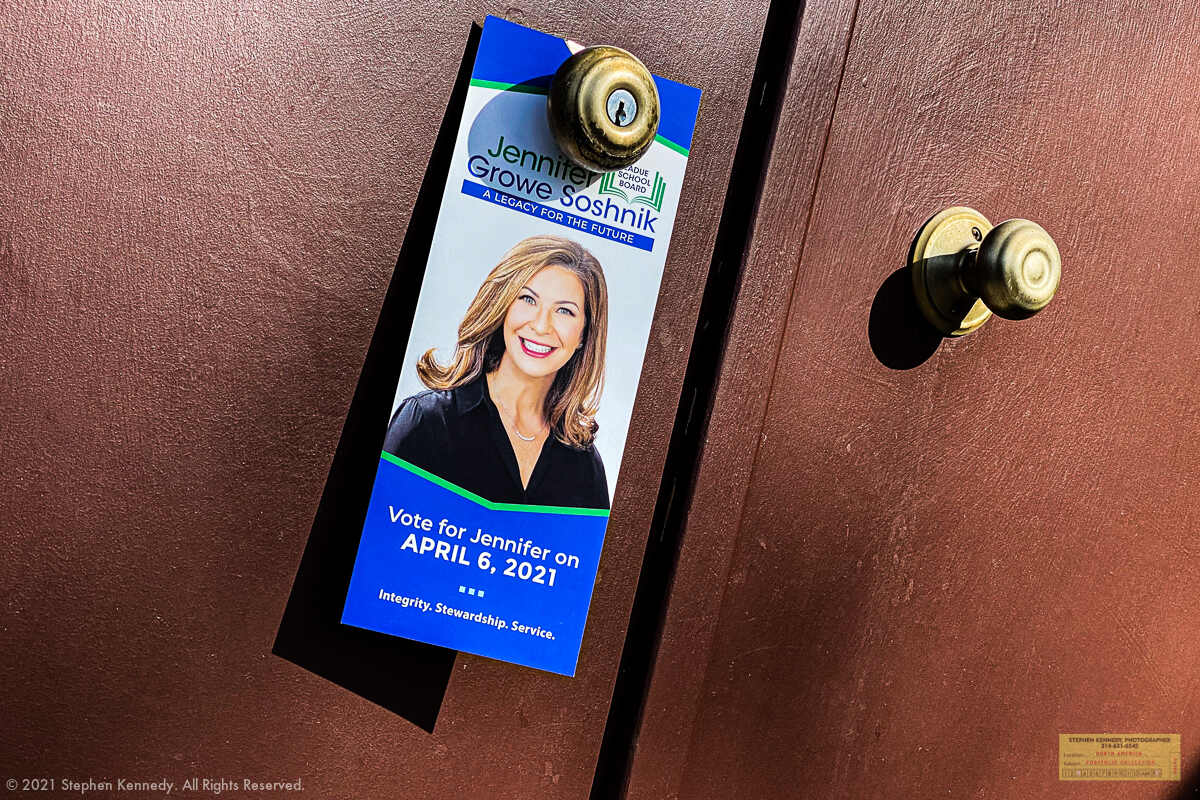 It’s a rare day when someone appears at my door in Missouri. Most of the time it’s the UPS man or someone trying to sell me a new roof. With my doorbell camera, I don’t even need to get up to see who is calling.

A couple of days ago my phone buzzed and showed a nicely-dressed woman waiting for me to come to the door. The fact that I was in Connecticut had no bearing on my decision to ignore the notification. That’s because an election is coming up, and canvassing is in full force.

When I got home later that day, I noticed this candidate’s “leave-behind” hanging on my door. This info card told me all I needed to know about the person seeking an unpaid seat on the school board.

-The two main photographs had a level of retouching rarely seen outside of a Vanity Fair cover.

-The goals for the candidacy were numerous and ambiguous.

-There was a big emphasis on legacy and little talk on qualifications.

-The virtue-signaling capper was a union bug for the printing.

The combination of these things hits the sweet spot for the typical voter in my district. I predict that she’ll win decisively.

Olive Another
Scroll to top