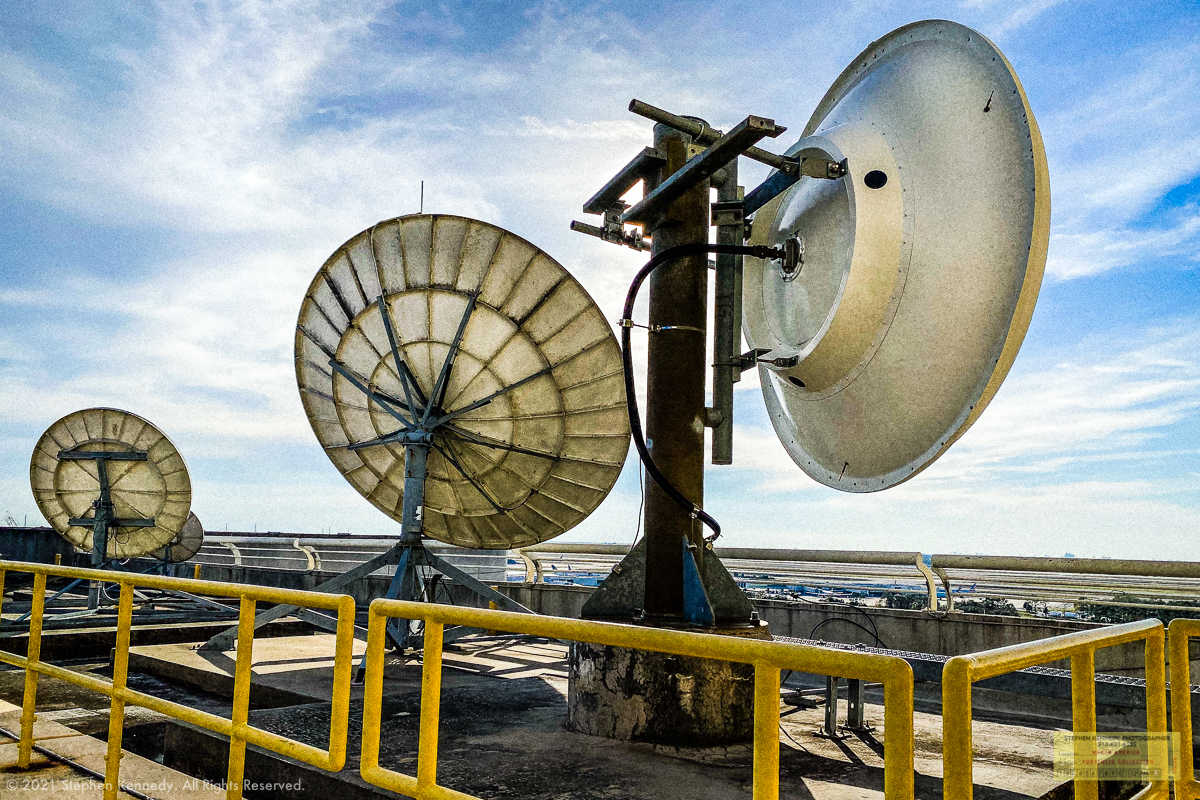 When I was a kid, the only thing keeping me from having a counting-house full of gold was my inability to buy a metal detector. At least that’s what the dealer told me.

My first semi-permanent freelance gig was for a medical practice. The guy that ran the marketing operation needed a steady stream of photography and I was the right fit.

We became close enough that he invited me over to his place out in the country for dinner with his wife. He was a tireless tinkerer with an inventory of unusual toys. The most impressive one was a giant satellite dish. He noticed my interest and said, “I’d like to introduce you to my best BUD.”

Little did I know that BUD was an acronym for “big ugly dish.” He spent a lot of time using it to hunt for treasure in the form of free HBO and strange information feeds. His investment in time never seemed to make sense for the payback in entertainment, though I’m sure he’d disagree.

While doing some plane spotting yesterday from the roof of the main parking garage, I ran into a few old buds. In a world of fibre connections one can only speculate as to what these BUDs are hearing and saying.

Holes in the Wall

Locked In, Locked Out
Scroll to top