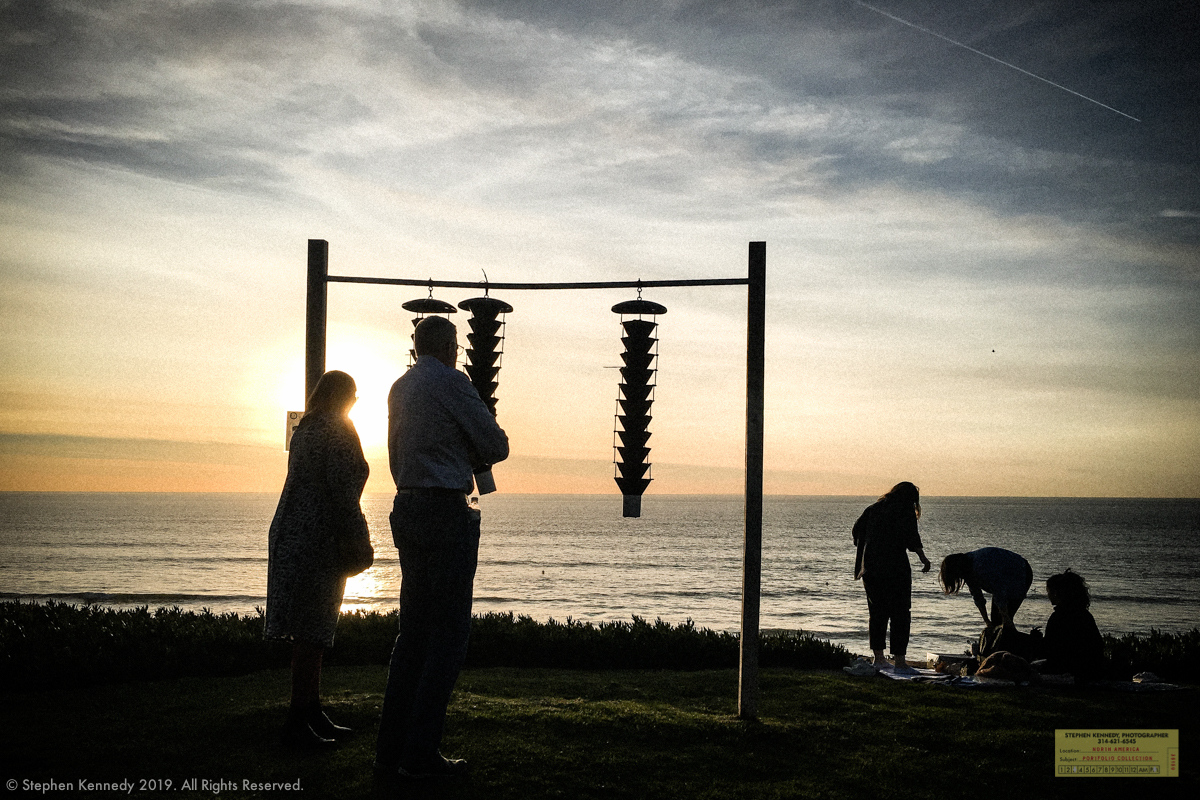 On Wednesday I backed my car out of the garage in St. Louis to a wintry mix of ice and snow and pointed my car toward Tulsa.

Ten hours later I was in Dallas. The following day I finished my travels in Pecos. On Friday I passed through El Paso and spent the night in Tucson. This morning I bought gas in Gila Bend and had some incredible tacos in Yuma.

This afternoon in California I drove up the big hills at Boulder Oaks and came down even faster on the other side at Alpine.

Once I was on the east side of the San Diego metropolitan area my internal autopilot took over and I made my way to Del Mar with the windows down.

I got there at 4:30 p.m. which gave me plenty of time to stake out a piece of grass high up on the hill overlooking the Pacific. The typical cast of characters was there today including a large group of teens getting their pictures taken before a dance.

The surfers were out and I saw quite a few great sets. The Pacific Surfliner train whooshed by, preceded by its distinctive horn. The sunset even elicited a few cheers from folks standing near me.

After four days of solid driving, I’ve seen four seasons of weather, clocked into three time zones and marveled a couple times every hour at the wonders of the country.

I have two days of idleness planned for Los Angeles. From there I’ll make my way home on a more northerly route to complete the journey.

Encountering a Puppeteer
Scroll to top